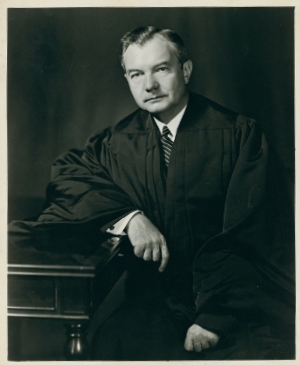 Excerpts from a David Wolper produced documentary entitled "Trial at Nuremberg". This 1964 film shows the capture of and preparation for the prosecution of the principal defendants at the International Military Tribunal At Nuremberg. President Harry S Truman is seen appointing Justice Robert H Jackson as The Chief American Prosecutor. There is a rare scene of the three defendants at Spandau Prison who received life sentences.

The International Military Tribunal established to hear evidence against 21 of the leading Nazis commenced in Nuremberg Germany on November 20, 1945. After initial statements by Sir Geoffrey Lawrence, the chief Judge of the Tribunal, a roll call of the defendants was initiated.
IMT Blue Series, Volume II, p. 29.

After a recess, each defendant was asked how they plead to the charges outlined in the Indictments which they had previously received. The pleas were received on Nov. 21, 1945. Thereafter, The United Stated Chief of Counsel, United States Supreme Court Justice Robert H Jackson began his opening statements.
IMT Blue Series, Volume II, pt. 97.